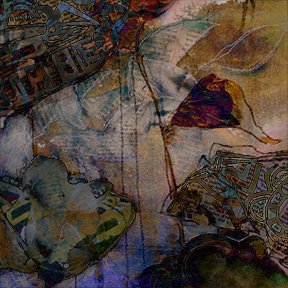 I have a hard time flying long distances on an airplane. I get bored and antsy sitting in one spot for a long period of time. My purchase of an iPad, and the Procreate app, has been so useful as I can create art as I travel. I am happily occupied for hours. This piece, Change in Season was created during my holiday trip to Bozeman, Montana. Using the Procrate app, I am not only able to paint and draw but also import and manipulate photos. Here in this piece I merged photos of my artwork to make this.