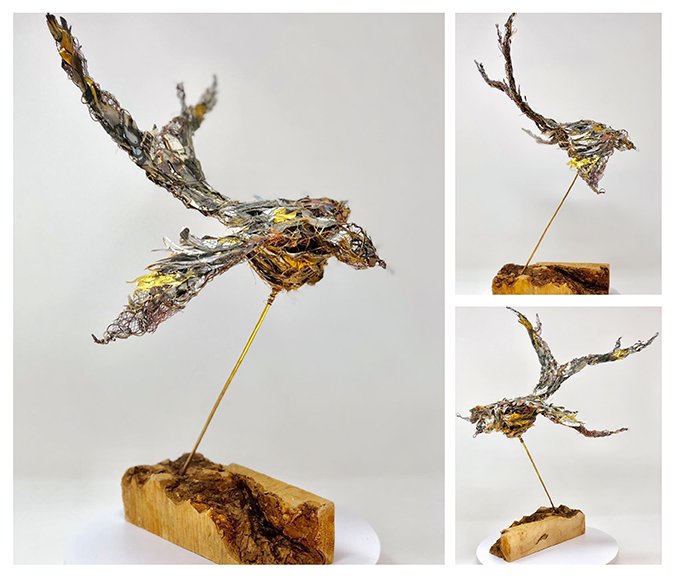 This mixed media metal sculpture is made from copper, wire, silk, paper and thread.